After CrowPi and CrowPi 2, Elecrow has come up with the third and most refined edition of the CrowPi family - CrowPi L. It's a lite version born out of CrowPi2, where "L" stands for Lite, Light, and Laptop. CrowPi-L is a real Raspberry Pi computer designed for the programming beginners. It was introduced after resolving a few restrictions identified by the users and Raspberry Pi enthusiasts. Some of the issues faced by the users included difficulty in installing the Raspberry Pi, switching systems, cooling and connecting an external display.  CrowPi-L will give users a new experience.

The 2-megapixel camera with a microphone is connected via USB. Touch pad with left and right buttons is unlocked and locked by using FN+F1 respectively. And users can surfing the internet through either WIFI or network port. Users can also adjust the screen brightness by pressing F9/F10. Equipped with an 11.6-inch IPS screen, the CrowPi L provides a resolution of 1366 x 768. The built-in 5000 mAh rechargeable battery is projected to last 3 hours, making it more like a laptop. Raspberry Pi installation is considerably easy and quick with its magnetically hooked design. 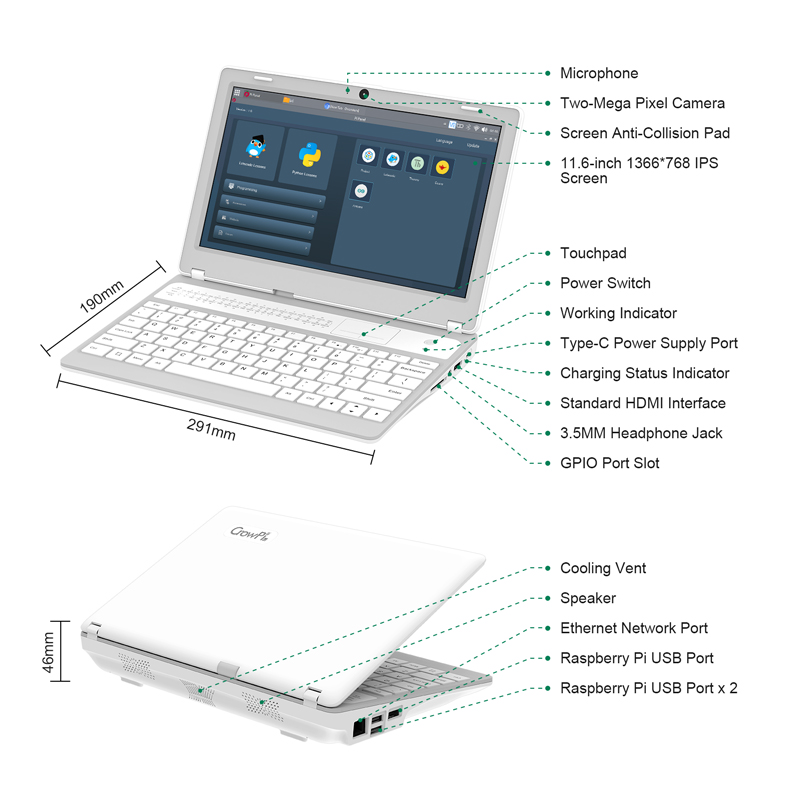 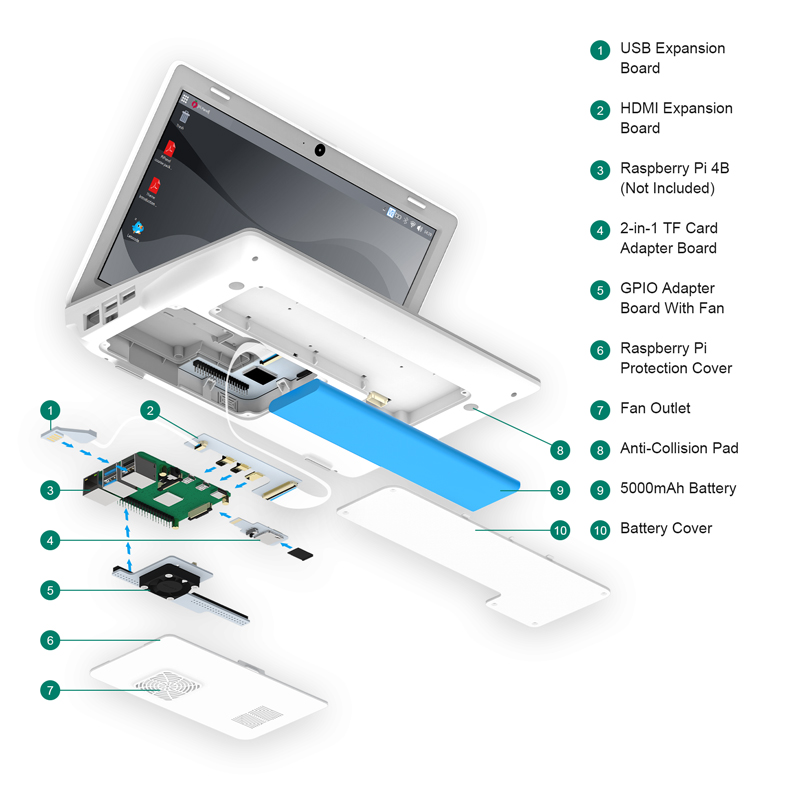 The self-developed dual-system switching adapter board can insert two TF cards at the same time, which allows users to quickly switch systems through the switch on the board. There are two sides to inset cards, one of which is our customized system with visual programming software. If you need other system, you can insert what you want. It satisfies the user's demand for dual-system switching faster. 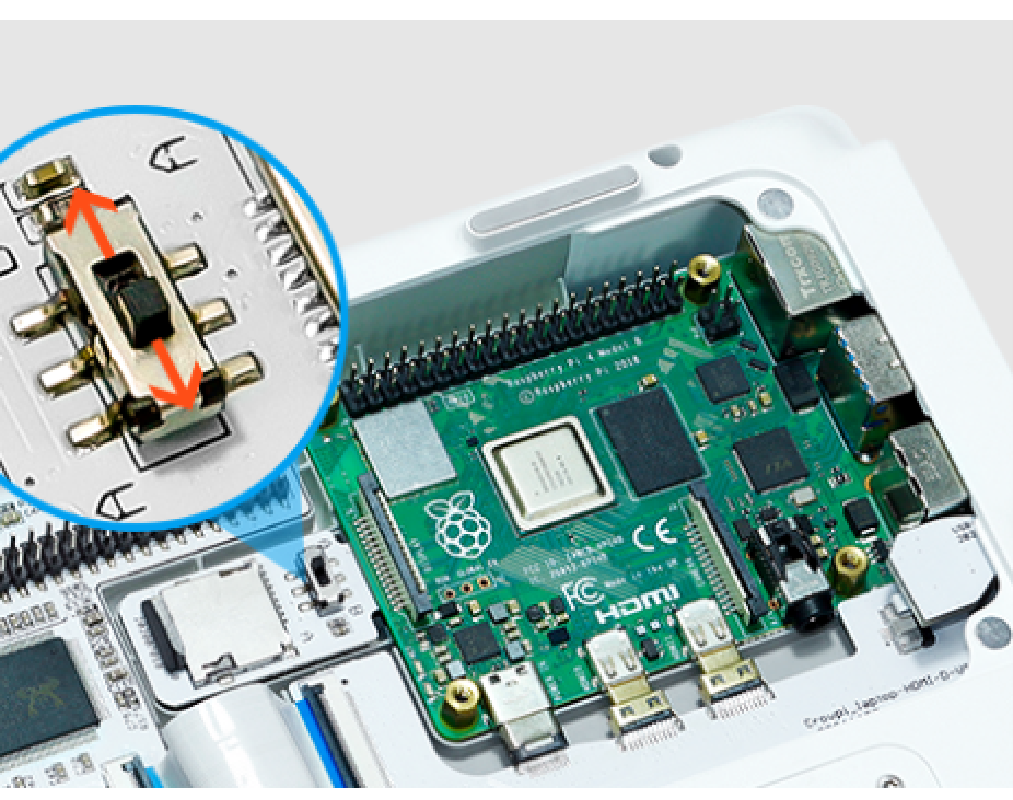 CrowPi-L is a boon for beginners in programming. Built-in course system includes official programming such as Python, Scratch3, Arduino IDE, and Letscode graphics programming. Users can not only learn programming systematically and gradually, but also develop programming on their own. In addition, it supports multi-language, multi-platform visual programming. 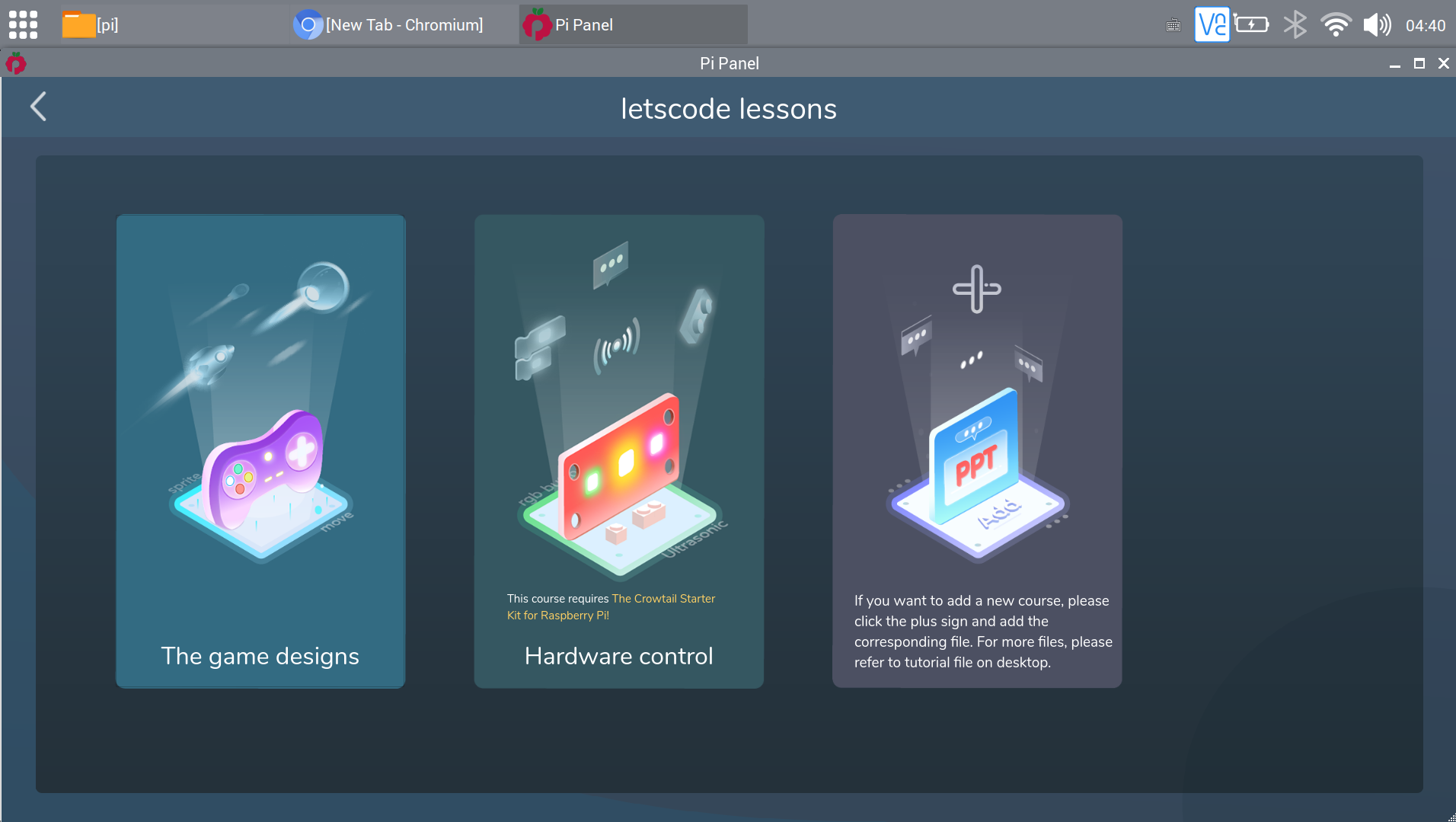 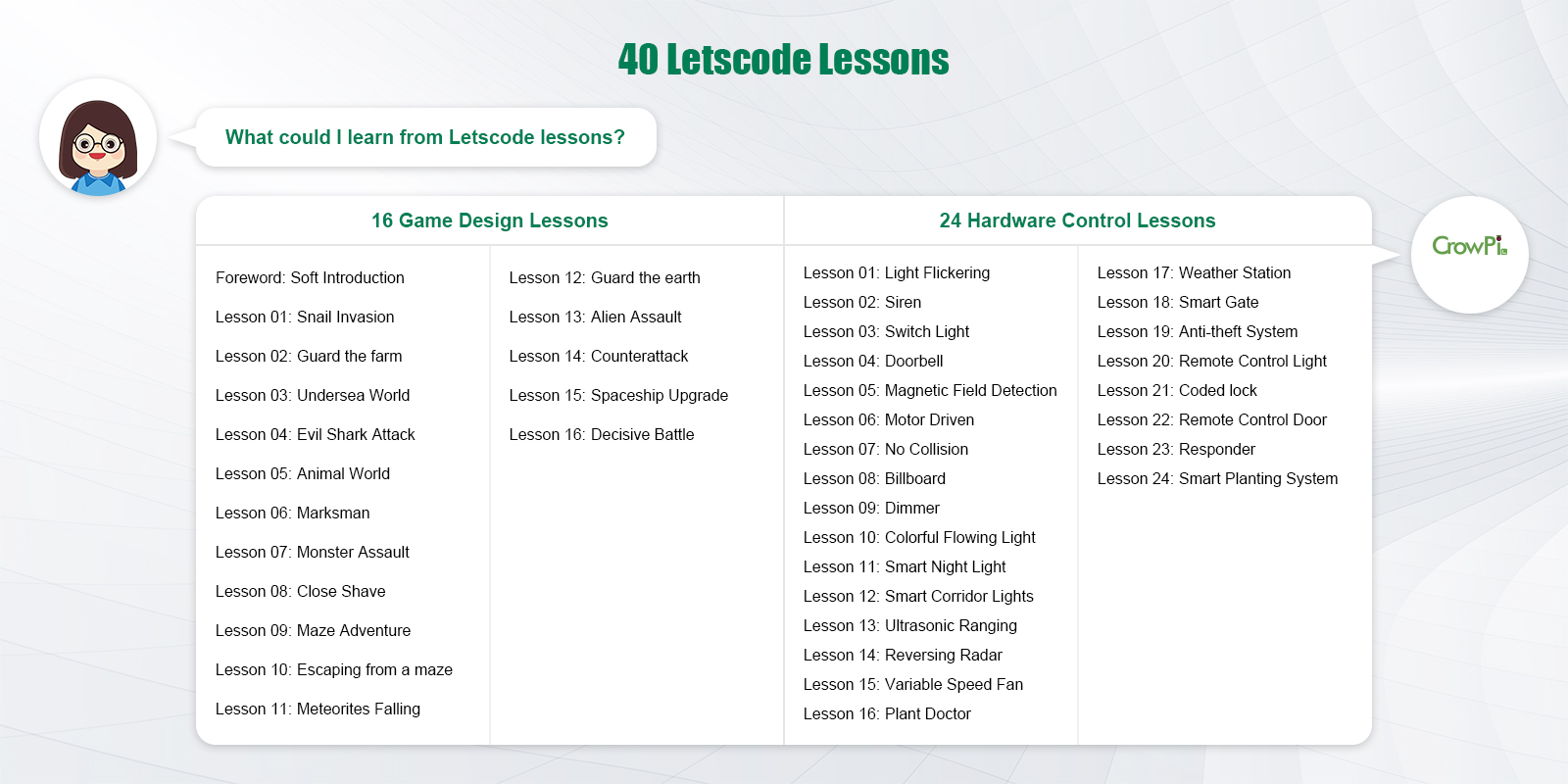 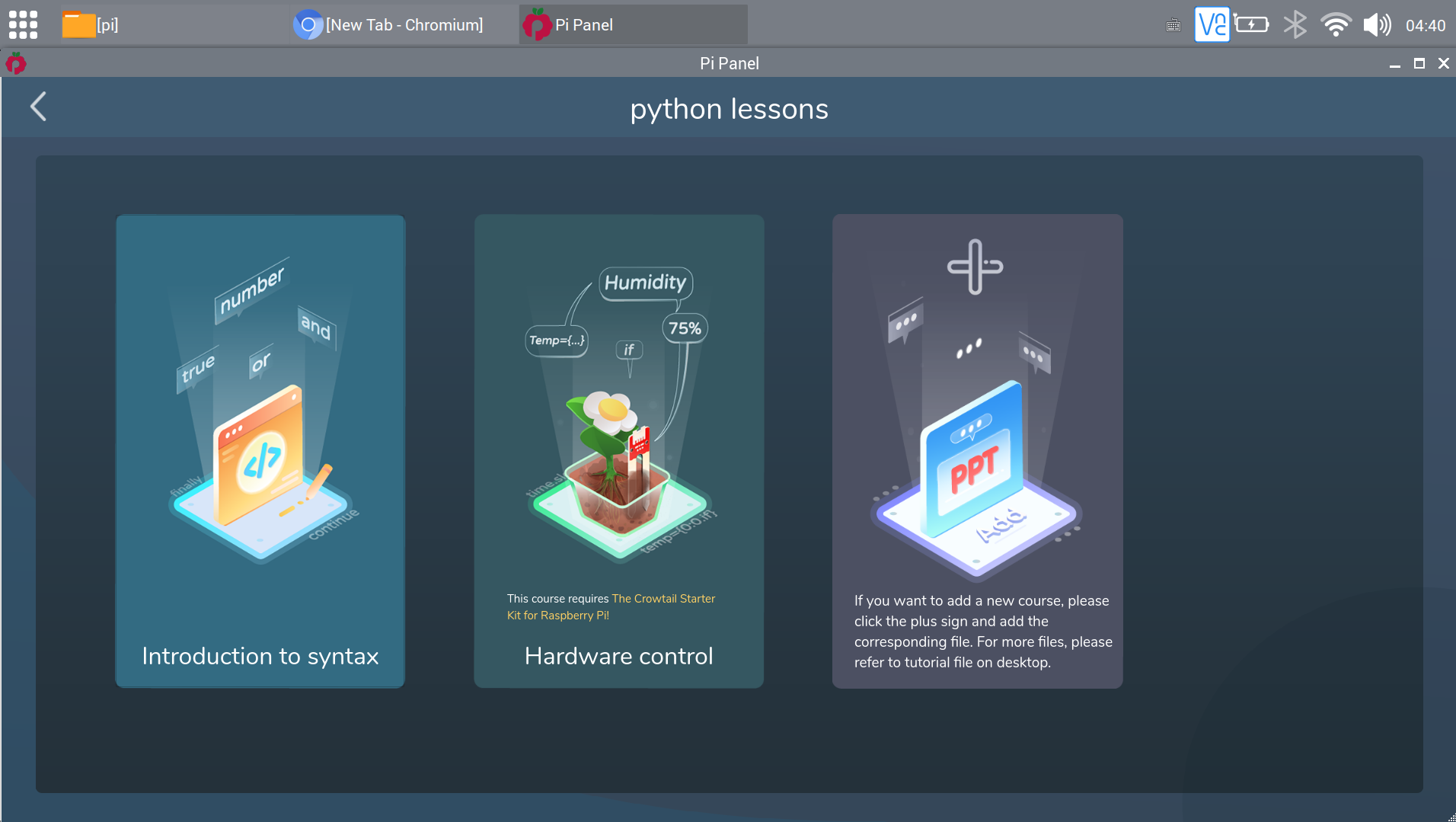 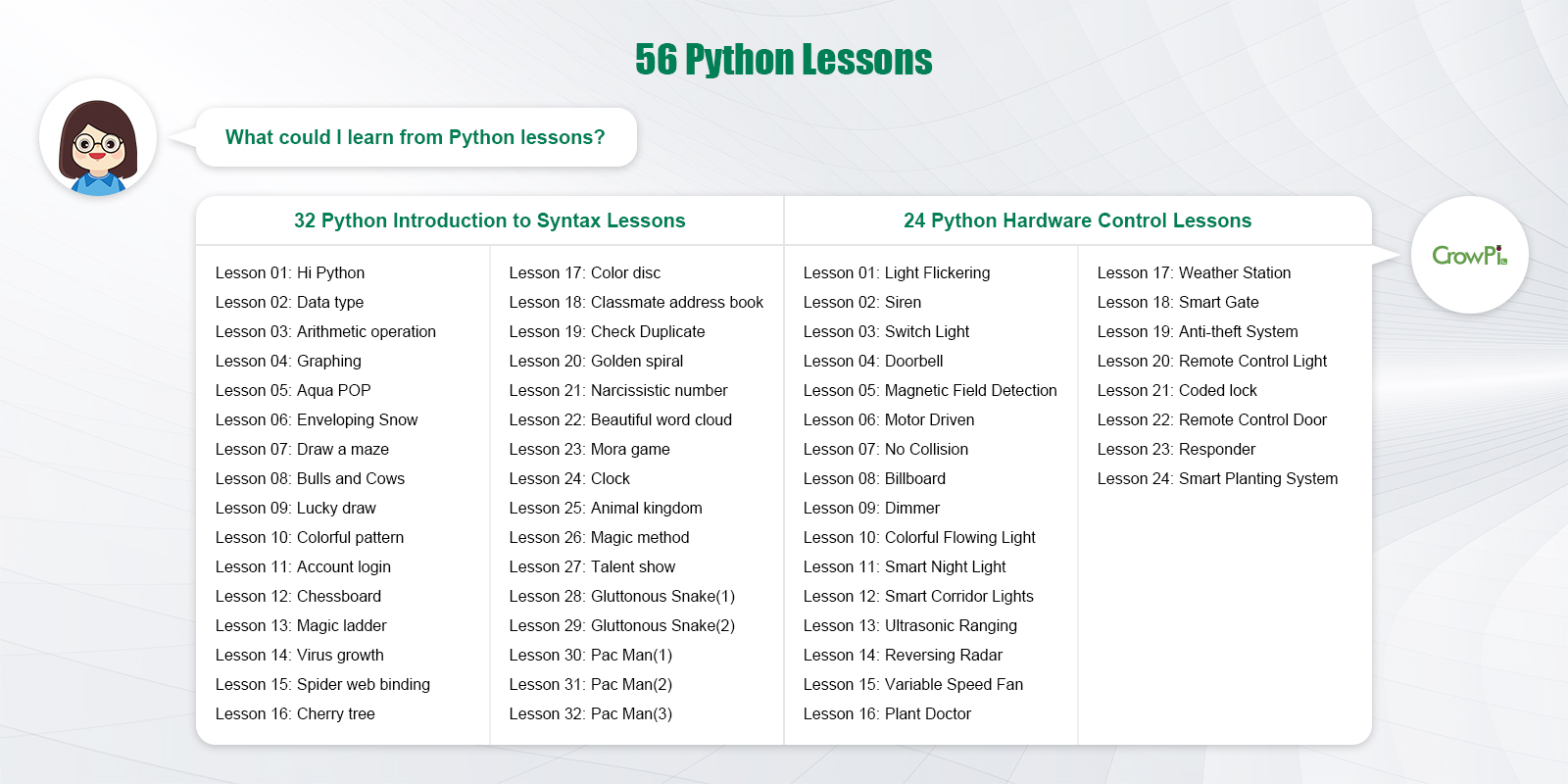 How to update the Crowpi2 OS image?